There has been widespread concern that African American entrepreneurs would be left out America’s big green rush. Now there is concern that black farmers will be kept out as well. 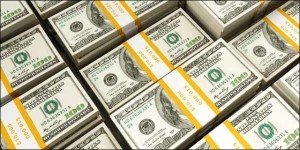 What’s more, many states like Florida are allowing nurseries to grow and distribute it, but under very tight constraints. A provision of a Florida medical marijuana law has caused much controversy among black farmers in the state who say it’s shutting them out of the potentially lucrative industry, reports ThinkProgress.org. This group has now taken their fight to the Florida legislature in the hopes of passing an amendment that takes the regulation out of the bill.

Last year, Florida Governor Rick Scott (R) signed the Compassionate Medical Cannabis Act, which allows some nurseries in the state to grow and distribute low-THC marijuana to patients who suffer from cancer, seizures, and muscle spasms. But the law stipulates that those who qualify for licensing must have operated as a registered nursery in Florida for 30 consecutive years — a criterion that many, if not all, black farmers in the state can’t meet. Farmers of color say they’ve been hampered by the U.S. Department of Agriculture (USDA)’s past discriminatory practices that have made it difficult for them to thrive in the industry.

“There weren’t that many black farmers 30 years ago in the nursery business,” Howard Gunn, Jr, the president of the Florida Black Farmers and Agriculturists Association, told FOX News. “Because of that, we weren’t able to produce as much or be as profitable as

[other] farmers. If we found one [black] farmer growing that many plants, it would be surprising.”